In 1988 it all started as a vison...
Today it's one of the Finest Culinary Investments that you could make. 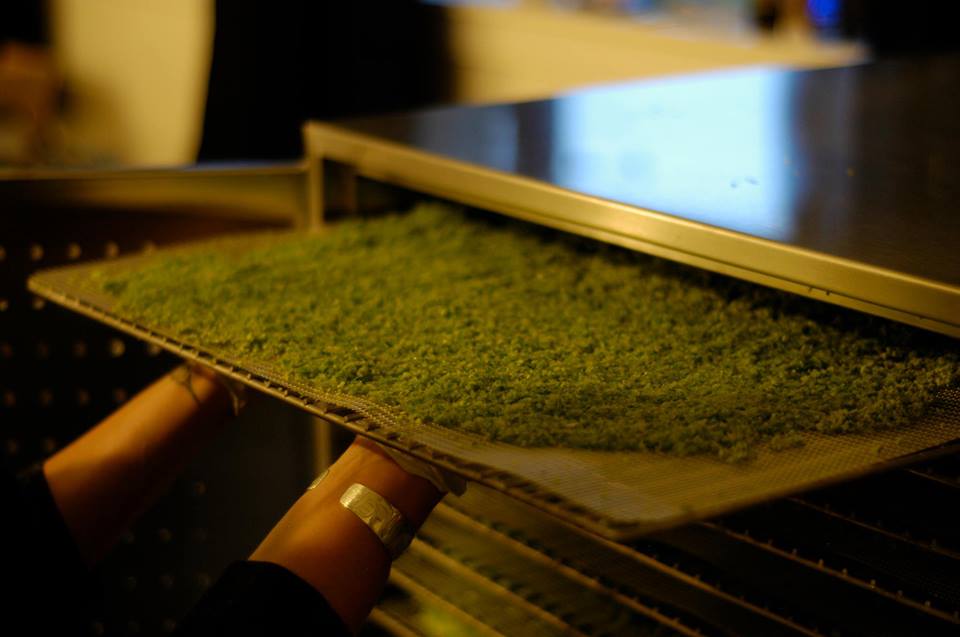 Read about how it all started...

On June 10, 2020 - The Sequim Gazette ran an article on Olympic Onion.
The interview 'Green Onion Powder Blends is one for You and one for a Friend' - was conducted by Emma Jane Garcia, Marketing Manager for the Sequim Farmers and Artisans Market.

The beginnings of his green onion powder seem like a long time ago to Vince Gipson, owner and operator of Olympic Onion Farm.

It was 1988 and Vince, along with wife Marilyn and daughter Stephanie, were living in Bothell, WA...

Vince had never planted his own garden, but he was enthusiastic. "I didn’t know you couldn’t plant everything in God’s green earth in one little space,” Gipson said, laughing. “But by God, I tried. Everything grew fantastically. Tomatoes, squash, lettuce, everything you could ever imagine.”

A friend of his came by and took one look at the garden and started laughing, recognizing it had been completely over-planted. Vince recalls her saying: “You know what, you should plant one more thing in the garden...a green onion picket fence to help keep everything in!”

With that one small garden, Vince was overflowing in vegetables, and that's when he decided to purchase a food dehydrator. "I started dehydrating everything in the garden and not everything dehydrated so well,” he said. “But the green onions were just phenomenal.”

Without doing a taste test, he took his very first jar of green onion powder on a couple’s camping trip. "We made some spaghetti, and it was okay,” Gipson recalls. “Then I decided to add some of my green onion powder to the spaghetti, and it became phenomenal.”
The next morning, as Vince was packing up, he noticed he had some of his seasoning left in the jar. "I look up and I have six wives standing in front of me like soldiers,” Gipson said. “I turned to them and ask, ‘Who wants the last half jar?’ They all said at the exact same moment, ‘I do!’
"A light bulb went off in my head.”

Tiring of city life, Vince and his family decided to move to Sequim, where he credits his wife Marilyn as being the driving force behind his decision to take on making green onion powder full time.

Olympic Onion Farm’s Green Onion Powder blends are truly a family affair.
Vince’s daughter Stephanie Parker manages a large portion of the sales, with her husband Aaron Parker designing the products’ vivid, attractive labels.
Gipson said he believes his product’s success stems from the fact that it is truly one of a kind. "You cannot find green onion powder blends anywhere else in the world,” he said.

Vince said that it’s a frequent occurrence to have a customer share that they’ve never been fond of onions but are totally hooked on Olympic Onion Green Onion Powder because the flavor has all of the good parts of an onion with no texture issues.

Vince recommends his green onion powder blends on "anything you could ever want to eat" including eggs, potatoes, popcorn, steaks, chicken, seafood, sushi, Mexican and Thai food and even survival food (son-in-law Aaron is known for dressing up his backcountry ramen with Olympic Onion Powder blends).

It fits into your backpack.

His Green Onion Powder Blends are also excellent for complex meals. “It's used by everyone from professional Chefs to people that recognize a great seasoning when they taste it.” said Vince.
He also shares that when the holidays roll around, there’s a sprinkling of his green onion powder blends on everything at the table.

I always recommend, "Buy some for yourself, give some to a friend”

The Sequim Farmers & Artisans Market (SFAM) is a fantastic opportunity to discover unique items that are handcrafted by passionate farmers and processors like Vince Gipson.

These products bring local texture to life and make fantastic gifts to folks outside of Sequim.